I surf, I click, I scroll, I slide … I travel. That’s kind of what motor mind activities look like when I “leave it” to the web to take me globe-trotting from my armchair in times of epidemiological precautions. Isolation and the airtightness of borders (including municipal ones) have recently given rise to a plethora of more or less original attempts to circumvent these two scourges, without irresponsibly provoking the virus to spread. Thus, the “virtual world at your fingertips” has become one of the potentials with which various culturally committed institutions have begun to captivate a captive humanity. All this with the aim of bringing the rich heritage of civilisation and art, born millennia ago and still being born today, to the widest possible population. Those who are even a little bit close to clicking could “penetrate” the Egyptian pyramids and “uncover” the sarcophagi from their sofas, “touch” the originals of painting legends in strictly controlled galleries, “admire” the biotic wonders of natural parks without equipment, or “wander” around iconic megacities without a map. The use of modern technologies gave me an almost real authenticity of experience, but at the end of the evening’s journey around the world, it did not leave a deep imprint. Throughout the “journey” I felt like a gambler, eagerly jumping from one virtual world to another, looking for that lucky “wow” moment that will be etched in my memory forever. One that repays all the effort of browsing through digital ambiences. I was not so lucky. Probably because such walks cannot offer the (fullness of) experience. They have no room for the tangibility of textures, the interplay of smells, the perception of temperatures, the perception of spatial scales and, last but not least, they are deprived of the travelling peripeties that usually accompany us on the way to our desired destination. The mixture of what is missing is an indispensable contribution to the experiential mass from which the brain kneads evergreen memories. Indelible. Some of them are even worth passing on from generation to generation.

Tourism is one of the sectors most affected by the fever epidemic. In this state of affairs, it is forced to cling to lifelines that may, in the long run, allow it to flourish again. This is why the digitisation of tourism services has become even more of a flagship activity, using smart technologies to “scan” tourists and then “serve” them tailor-made offers. Travellers’ habits and needs have become the fodder for the programmability of tourism’s future. Carefully thought-out (global) promotion of tourism trends and destinations is also part of this software machine. The tourist’s brain is no longer an unpredictable and self-contained organ. Or is it? In an era of municipal boundary tightening, we have been “forced” to discover the leisure-tourism-tourist potentials of our own municipalities in order to refresh our daily lives. I can say that I was honestly overwhelmed by the variety of interesting and unknown routes hidden in the districts of Šoštanj. Idyllic rural landscapes are suddenly, casually, with almost reflexive movements, anchored in the form of photos on our mobile phones. This is where the presence of the digitisation of experience ends. It gives way uncompromisingly to the freshness of the air, the vibrancy of the meadow, the babbling of the brook, the rustling of the trees… and, not to sound too cheesy, to the macadam dusting, the noisy four-by-fours or the cutting smells of spreading manure. What is important is that, in the primordiality of contact with nature, analogue perceptions prevail over digital ones. Spontaneous wandering around the corners of the basin revealed a full-fledged world that had been hidden from me for decades. And as such, you can never feel it online, it can’t transform into virtual visits, and it’s too simulation-heavy for VR glasses. But these are “technical shortcomings”, which he turns to his advantage. (I)t remains indigenous, inimitable and devilishly attractive. I believe that the generation of lasting travel memories will never be done through computer bytes, but purely and only in person.

Man is great in so many ways,
insofar as what it seeks is great.*

But the Universe in a small form can hide anywhere. You don’t have to look for it on the other side of the world. It is waiting for us on our doorsteps. It is only necessary to accept it in all its greatness, to listen to it, to respect it responsibly and to internalize its essence. And this is always available to us, even after we are free to cross all the borders we know.
* The lyrics for the song “Iskra” by the Croatian rock band Urban & 4 were written by their frontman, singer and songwriter Damir Urban. And nowhere else than in the isolation of your own home.
(column for the weekly Naš čas, section Alternator, 21 May 2020)
Share:
Facebook Twitter Pinterest Tumblr LinkedIn 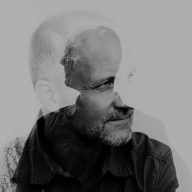 Our website uses cookies. This helps us improve its performance and your user experience. Do you allow the use of cookies?DANO